Circus Kathmandu comprises 6 professional artists who also undertake teacher training and outreach in local communities in addition to their own professional development.

In 2010, 13 young Nepalese people who had been rescued from trafficking and the streets turned to contemporary circus. By reappropriating talents they learned through conditions of modern day slavery the troupe charted a new path out of stigma and poverty, and into a bright future of artistic strength and inspiration for a nation. Together they created Circus Kathmandu – a social enterprise whose model creates real life, inspiring success stories through the awe-inspiring art of circus. 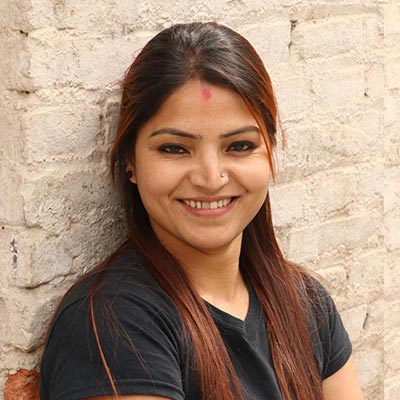 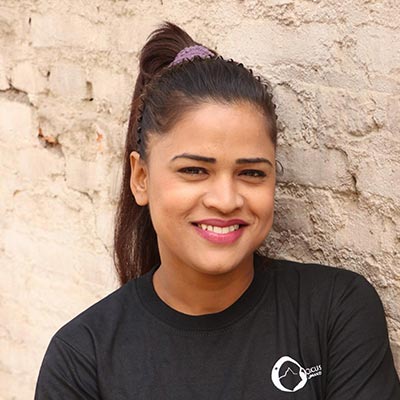 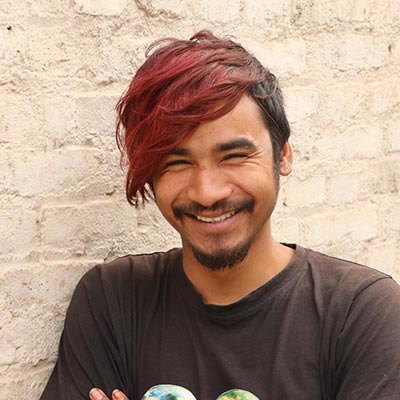 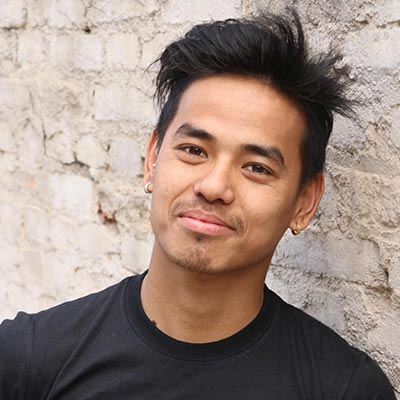 Being a professional circus artist, teacher, trainer and choreographer 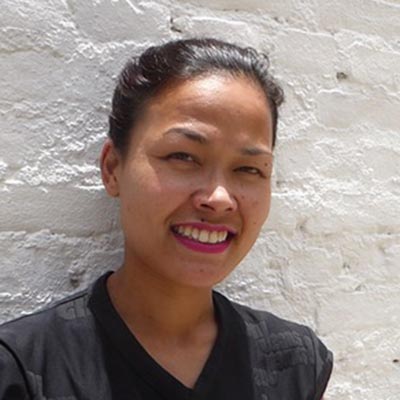 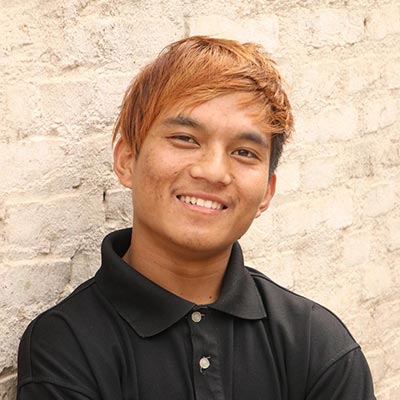 “What will I do? Without circus I have nothing” – child trafficking survivor

This planted the seed from which Sapana and Circus Kathmandu were born. 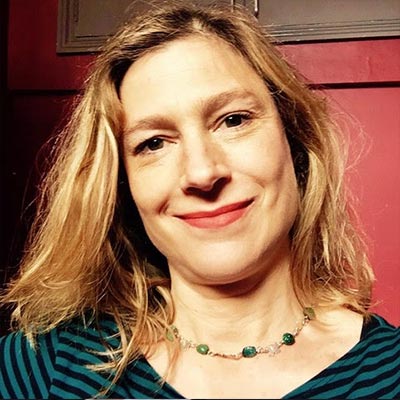 Sky Neal is a filmmaker, visual anthropologist and creative educator. Since 2005 Sky has been creating films – from short and long form documentaries to video art for live performance. Sky also has 20 years experience in the circus and performing arts industry and worked professionally as an aerialist and performer in contemporary circus. Human rights issues have become central to her work in all her roles. For the past eight years she has spent much time in Nepal both as a filmmaker and creative consultant, particularly in her role within Circus Kathmandu. She has worked extensively with vulnerable and at risk youth through film and social circus creative education programmes. She now runs Satya Films and her BFI and Sundance backed feature length documentary, Even When I Fall (co Directed with Kate Mclarnon and Postcode Films), is nominated for a British Indipendent film award and is screening in cinema’s globally, as well as being used as an awareness raising tool along side Circus Kathmandu.

Sky career highlight: Having Even When I Fall screening across the UK 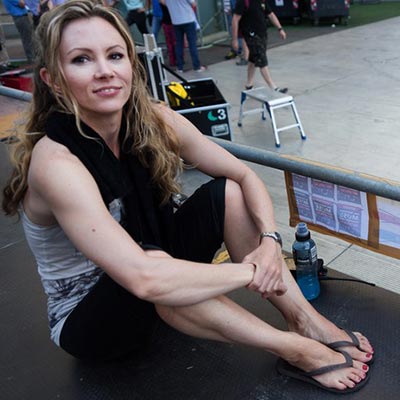 Robyn Simpson is an aerial, dance and circus choreographer and performer specialising in high-quality, large-scale productions. With over 10,000 hours in a harness and even more coordinating massive productions, her work has taken her to everything from Olympic Opening Ceremonies, to London Fashion Week and film sets of productions such as Les Misérables. Robyn is passionate about creative education projects and was International Education Manager for London 2012. She also holds her Masters of Fine Arts in Choreography, and Bachelors in Marketing and International Management. In 2011 Robyn co-founded Circus Kathmandu in Nepal. In this capacity she found a unique way to use circus arts as an education and advocacy tool in the fight against modern-day slavery, empowering young people to change their lives and live out their dreams.

Being the ‘Hero’ Mary Poppins in the London 2012 Olympic Opening Ceremony and having contributed to a speech on Olympic Truce at the UN General Assembly. 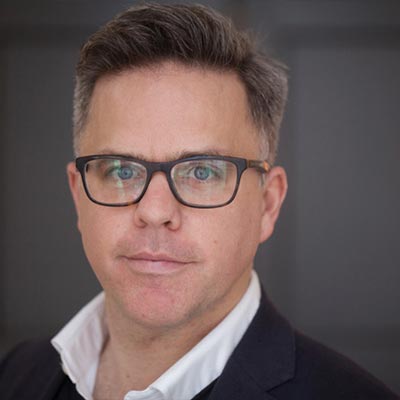 James is an international human rights lawyer, social entrepreneur and academic researcher based in London. He holds a Bachelor’s degree in Philosophy, Politics and Economics from York University, a Graduate Diploma in Law and Bar Vocational Qualification from the University of Law and a first-class Master’s degree in International Relations from King’s College London. He is currently undertaking research for a PhD at King’s. Having qualified as a Barrister in 2001, James developed a practice focusing on international criminal and commercial litigation work. In 2006, he moved to the Middle East and co-founded FSI Worldwide, a UN award winning ethical employment company, which protects and empowers South Asian migrant workers. FSI and has helped thousands of people move from abusive labour situations and into fair employment. James is currently a strategic advisor to the board of FSI. In 2011 James founded Lincoln Associates, a highly successful legal practice focusing on business and human rights matters in GCC countries. In May 2014, he was admitted as a Solicitor of the Senior Courts of England and Wales and returned to the UK to focus on his research and the development of new legal and commercial strategies to combat modern slavery. James is currently a partner at Chaintegrity LLC, an investigations and strategic litigation practice based in Washington DC. Chaintegrity targets companies who perpetrate or fail to prevent modern slavery abuses in their supply chains. James is also a consultant for Clarkslegal LLP in London, where he advises several clients in relation to the Bribery and Modern Slavery Acts and the development of legally compliant and ethically sustainable value chains. James is a regular public speaker and writer on international human rights issues, with a focus on modern slavery and corruption. He has contributed to several books and journals as well as high-level conference panels. Amongst other appointments and pro-bono work, James is a member of the advisory board of Tiscreport, the most comprehensive repository of Modern Slavery Act statements and is a trustee for the Circus Kathmandu Foundation. He is also a tutor for the Brilliant Club, which is an outreach program for academic researchers to teach their research subjects to bright but disadvantaged schoolchildren. He has developed an acclaimed course entitled ‘how can we solve the problem of modern slavery?’ 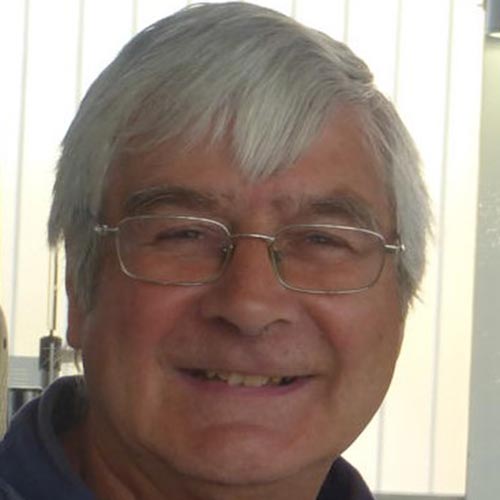 With thanks and in memory of Chris Haworth

An earlier career in the British Army as a Royal Engineer officer including serving with the Ghurkas. Completed a civil engineering degree whilst serving followed by an MBA after leaving the forces. Business career in accountancy & treasury management and then as a management consultant in the UK and overseas largely within one of the big four professional accountancy firms. Since retirement has had a number of roles as trustee treasurer for international development charities and also as a volunteer client adviser for Citizens Advice.

We couldn’t do without 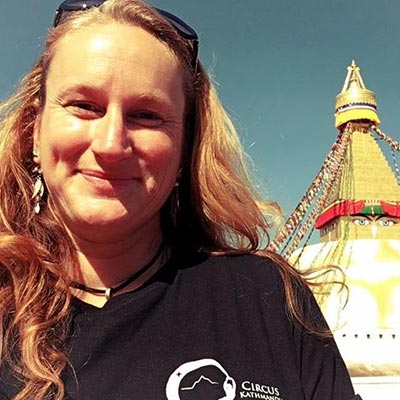 Anna is a passionate, talented and dedicated individual whose love of circus began more than 20 years ago with Circus Space in London. This passion was the catalyst for the creation of one of the premier circus arts and event companies in the the United Kingdom – Missing Link Productions. Her amazing talent has resulted an illustrious list of event credits including the 2012 Olympics Opening Ceremony, choreography for Universal Pictures, launching Japan’s first mega-club, and the distinct honour of working on a cabaret slot with Liza Minelli. Anna’s kindness and big heart has also allowed her – as a press photographer and social justice activist – to work on a number of high profile campaigns in a press, messaging and fundraising capacity. Such work led Anna to Circus Kathmandu where she has been a critical member since its early days, working to create a self-sustaining business model for CK. She also supports Mimbre’s youth programme for disadvantaged young people in Hackney, East London, and more recently launched Circus for Survivors, a circus therapy programme for survivors of sexual abuse and domestic violence in the United Kingdom. 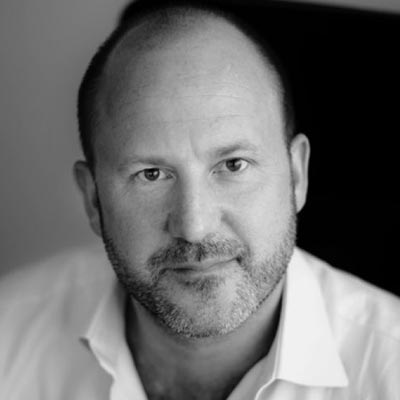 Tristan Forster is the founder, CEO and major shareholder of FSI Worldwide (FSI). Founded in 2006, FSI is the established market leader in recruitment and management of ethically recruited labour. The company is founded on the conviction that the adoption of ethical recruitment practice is an imperative, both from a human rights and a business perspective, and this ethos is reflected throughout its business model and operations. Over the last decade FSI has developed a manpower solution, which manages the labour supply chain from village to destination country. Leading by example, it regularly consults on how and why ethical recruitment practices should be adopted globally to transform the paradigm of modern slavery and to end debt bondage. Tristan is also a founder and former Chairman of the UK charity Freedom Matters, a non-profit organisation focused on the rescue and rehabilitation of Nepalese Children who have been victims of human trafficking.

Tristan is a co-founder of Circus Kathmandu. 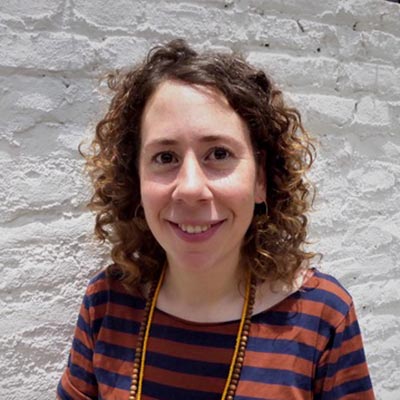 Eva is the newletter and social media coordinator at Circus Kathmandu. Whenever her work at school allows it she is also production assistant and photographer. Originally from the Netherlands, Eva has a background in theatre and music production as well as sustainable tourism. She is based in Nepal and has been working with Circus Kathmandu since 2014.